We support the people of Ukraine Latest news 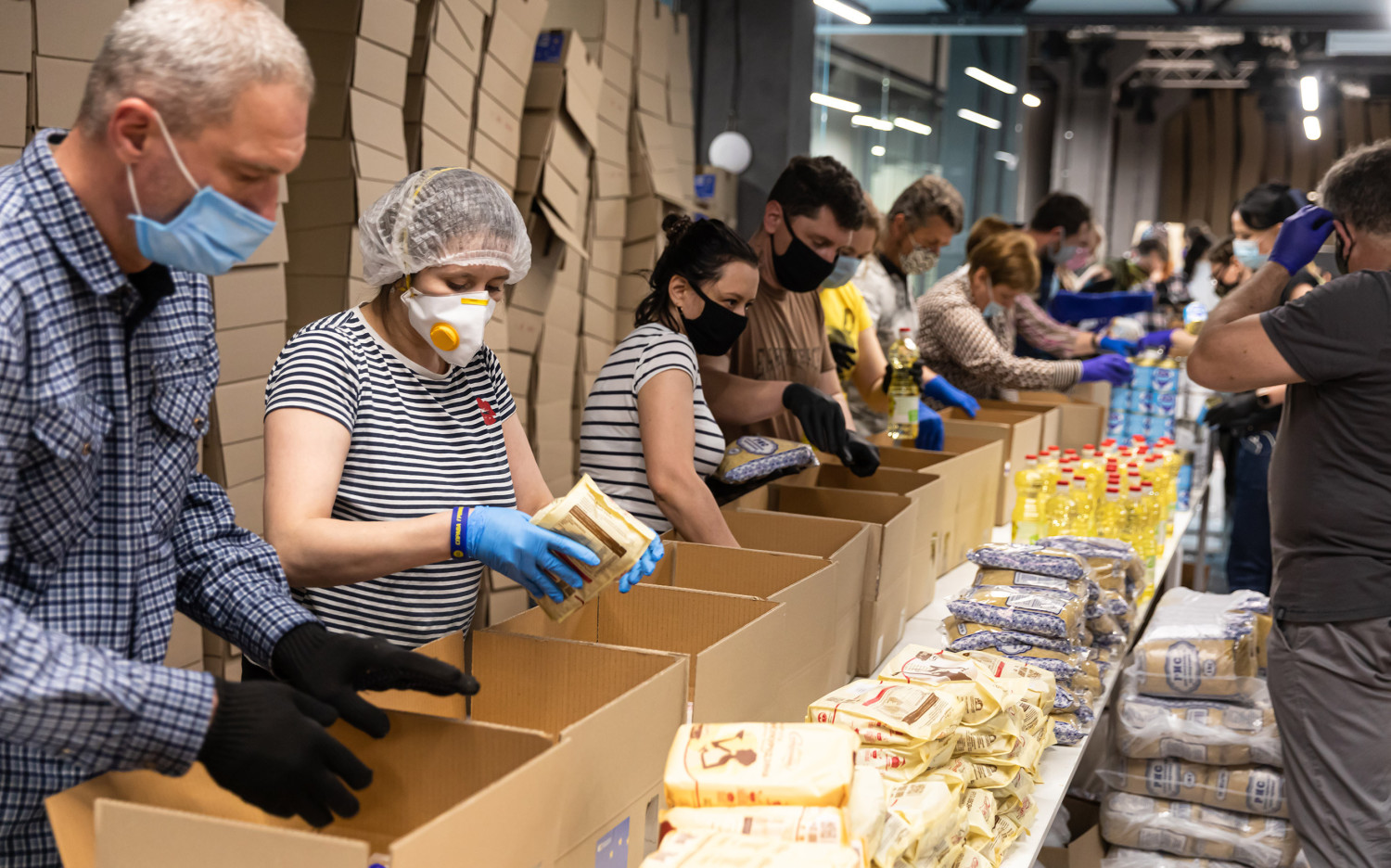 Latest News
The Foundation is creating a growing fund, that will be used primarily for children and mothers from Ukraine and affirms the urgency of fast and unbureaucratic support for the refugees.

Europe has united to stand by the people of Ukraine and the millions of refugees at this difficult time. It is an important sign, documenting that good is victorious throughout the world.

GoldenPeaks Capital Holdings, based in Malta, is a company specialising in the construction and operation of solar systems and one of the largest photovoltaic system owners in Poland and Hungary.

Founded in 2011 by Adriano Agosti, the GoldenPeaks Capital Foundation aims to support children in need. In the last 10 years countless projects in Southeast Asia, the Philippines, Africa, Nepal and other regions have been financially supported.

Already in the first days after the outbreak of the war, tens of thousands of Euros were pragmatically transferred to the needy. A distribution of the next amounts was then defined in the sense of a charity portfolio management.

The GoldenPeaks Capital Foundation has accordingly decided to immediately and unbureaucratically donate a further EUR 500,000 to refugees from Ukraine.

A large part of the distribution is made to existing aid organisations, such as the "SOS Children's Villages" and "Save the Children" with children's villages in the Ukraine, Poland and Hungary, as well as direct project support, such as the provision of entire hotels for refugees. The Foundation also supports the initiative of the successful Spanish chef José Andres, who with his WCK (World Central Kitchen) cooks hundreds of thousands of hot meals on site. GoldenPeaks Capital has been a long-time supporter WCK and their international work.

Large organisations such as the Swiss Red Cross, Caritas, Unicef, UNHCR, the ICRC and Mercy Corps are also supported by the GoldenPeaks Foundation.

It is heartbreaking to see how in certain children's villages the young are suddenly left to their own devices because the adults themselves have to go to war or their own families have had to be evacuated.

A corresponding information letter from the Ukrainian SOS Children's Villages, sent directly to Goldenpeaks, shows the terrible effects of the war on the ground:

Alarming news from SOS Children’s Villages of Ukraine - the situation for the children in the children’s homes is dramatic. At "Family Care", organised by SOS Children's Villages Ukraine, among others, there are currently around 64,000 children. According to our estimate, 16,000 need urgent help! SOS Ukraine gives alarm that many children are without any help from adults!.

We have accordingly opted for a multi-layered but fast approach. On the one hand, where possible, directly in the Ukraine itself, as well as in Poland and Hungary when the refugees and, above all, the women and children arrive.

In order to make this division as sensible as possible, the directors of the Foundation under the direction of Adriano Agosti, together with his partner at GoldenPeaks Capital Holdings, Daniel Tain, along with other business partners in Hungary and the Spectris team (the ECP partner company of GoldenPeaks Capital in Poland) agreed how to provide the most efficient help.

The first sums of money for the emergency aid could already be transferred on March 4th. On the one hand for WCK (World Central Kitchen), so that they can immediately provide the kitchens at the borders in Ukraine, then directly to the SOS Children Village in Poland, with which the GoldenPeaks Foundation is in direct contact.

In Hungary, an empty hotel belonging to a business partner was also prepared, where 80 refugees, exclusively children and mothers, could be taken in and the daily supply of two warm meals per person immediately ensured.

This emergency aid is now being successively expanded, as humanitarian aid will be necessary over a longer period of time.

The Foundation has defined the amount of EUR 500,000 with the understanding that it should be expanded - if possible with other companies and private individuals who would like to join these concrete initiatives.

Back to all articles 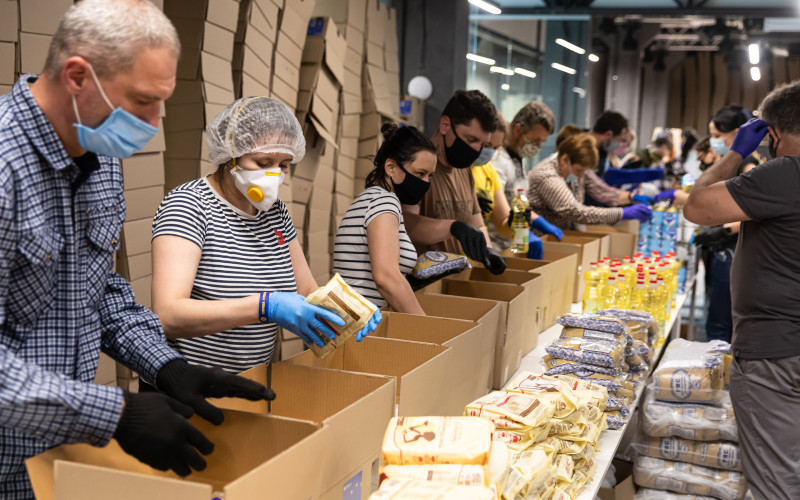 22/03/16
The GoldenPeaks Capital Foundation allocates Euro 500,000 to help ease the Ukrainian refugee crisis
The Foundation is creating a growing fund, that will be used primarily for children and mothers from Ukraine and affirms the urgency of fast and unbureaucratic support for the refugees.
Read more 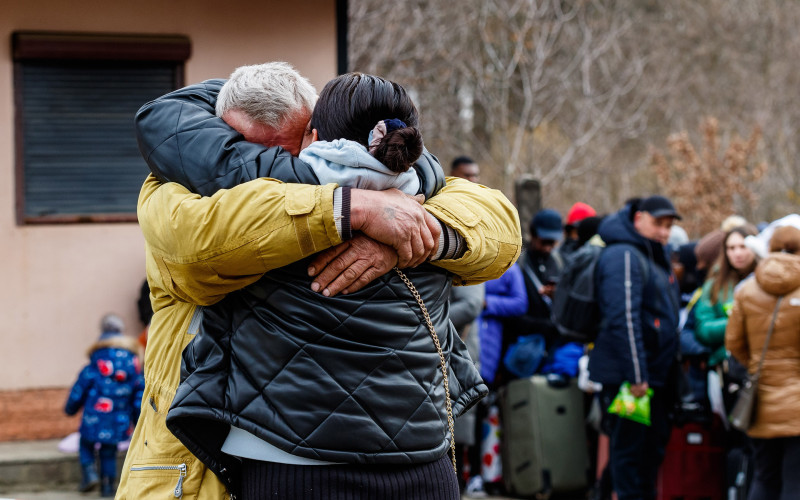 22/03/16
The GoldenPeaks Capital Foundation allocates Euro 500,000 to help ease the Ukrainian refugee crisis
The support of our local business partners in Hungary have enabled us to help Ukrainian refugees directly where support is most needed.
Read more 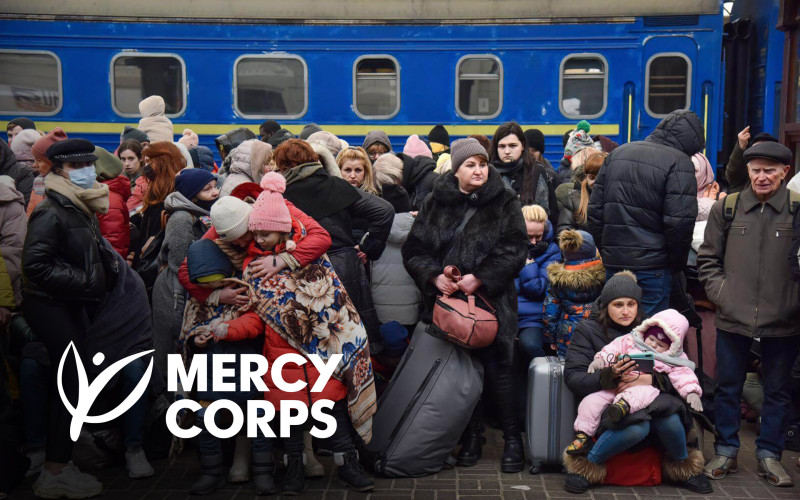 22/03/14
The GoldenPeaks Capital Foundation allocates Euro 500,000 to help ease the Ukrainian refugee crisis
Mercy Corps is a global team of humanitarians, working together on the front lines of today’s biggest crises. The organisation’s mission is to alleviate suffering, poverty and oppression by helping people build secure, productive, and just communities.
Read more